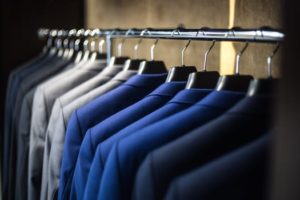 Theres enough complexity in life, and you’d think that tax could be black and white – what you can claim or what you can’t claim.  Alas that simplicity doesn’t exist;  the area of allowable expenses is one of the key areas of uncertainty and confusion in tax, and never more so on claiming tax deductions for clothing.

If you are employed under PAYE then the rules are a little tighter, “wholly, exclusively and necessarily”, and HMRC would normally disallow expenses on the basis of “If it was necessary the employer would provide it”.

The basic “wholly and exclusively” rule is extended to allow apportionment where a expense has both private and business elements, eg a mobile phone bill, or car running costs – so you would think clothes could be apportioned as well?  Wrong.

Generally a wardrobe of work clothes for a professional aren’t deductible – this follows the rule in Mallalieu v Drummond where court clothes for a self employed barrister were held to not be deductible as they had “duality of purpose” – as well as being required for court use they also provided warmth and decency.  This so called duality meant the court considered they were private expenditure and not deductible for tax.

However its long acknowledged that uniform or protective clothing can be claimed.  In the decision for Mallalieu v Drummond the judges said as much, and referred to a self employed waiter who may have a set of black tails, and they thought this would be allowable.  They said that claiming for clothes was based on a question of degree around the speciality nature of clothing versus their everyday use.   HMRCs commentary on the case is here.  Remember HMRCs commentary is not law, just their interpretation of law, but it takes a brave – and well funded – person to challenge them.

So, where does this leave the typical small business owner?  Well there are no hard and fast rules, and the question will be around the everyday nature of your clothes versus their specialist nature, however:

You will need to draw your own conclusions from these broad principles around the appropriateness of claiming clothes in your own circumstances.

Strategically for borderline cases it may be the case that there is little to loose by making a claim, and then if HMRC challenge it deciding whether to agree to the expense being disallowed or dispute their view; even if you have to concede the point, for a well argued case on a point of uncertainty its unlikely there would be HMRC penalties, just back tax.

How does this stack up ethically?  Well, our view would be that given the courts themselves have said its a question of degree, its a case of assessing on an individual basis where you stand on a sliding scale of speciality v everyday use, an act accordingly.  There will be some very clear cut cases, but in other an honest, but individual, personal appraisal is needed.

You can find out more about which cookies we are using or switch them off in settings.